In the Peter Paul Rubens"s workshop 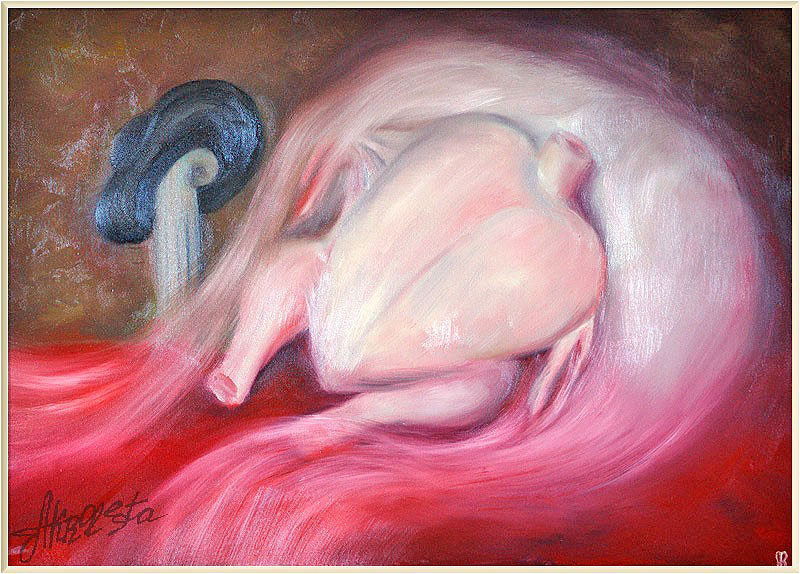 Peter Rubens was one of the typical representatives of "court painting". Since Playboy and Penthouse were not yet sold in the 17th century, Rubens drew paintings for classical aristocrats and merchants on classical mythological and biblical themes. His paintings, full of naked female bodies, had a great success among male customers.

"Sir Peter Paul Rubens (1577 – 1640) was a Flemish artist. He is considered the most influential artist of Flemish Baroque tradition. His unique and immensely popular Baroque style emphasized movement, color, and sensuality, which followed the immediate, dramatic artistic style promoted in the Counter-Reformation.
His nudes of various biblical and mythological women are especially well-known. Painted in the Baroque tradition of depicting women as soft-bodied, passive, and highly sexualized beings, his nudes emphasize the concepts of fertility, desire, physical beauty, temptation, and virtue. Skillfully rendered, these paintings of nude women were undoubtedly created to appeal to his largely male audience of patrons. Additionally, Rubens was quite fond of painting full-figured women, giving rise to terms like "Rubensian" or "Rubenesque" (sometimes "Rubensesque")."
From Wikipedia